Three Places to Never Touch on the First Date

The Dating Advisors
a first date, complimenting her hair, hold her hand, make a good first impression, start touching her

When you’re going out for the first time with a girl, you want to do everything in your power to make a good first impression and avoid offending her. Watching your conversation topics is an obvious thing to worry about, but you should be focusing on everything down to where you touch her. The simplest brush of your hand can send the entirely wrong message so take precautions to not touch any of these areas. You’ll be sure to pull off your date without a hitch and she’ll definitely call you back. 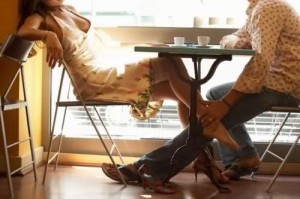 Obviously, going between her legs is a bad plan. Most guys don’t consider that touching her thigh makes it seem like you’re one step away from sliding your hand between her legs. If you want a one-way ticket to getting slapped in the face, go ahead and put your hand on her thigh during your meal or while you’re driving. She’ll see that action as you asking for permission to start touching her, and if it’s the first date then she probably isn’t going to stand for that. Chances are you didn’t mean to be sleazy, but women are told from a very young age that men are only interested in one thing, so she’ll be leery of men who touch her too familiarly from the start. If you want to show her some love, hold her hand or touch her arm. It sends the message that you want to be close without coming off as sleazy.

No matter what, you have to stay away from her boobs. You can’t go for her collarbone or she’ll think you’re after her boobs. Sadly, she would likely be on edge since personal boundaries are still high during a first date. Even if she does have food on her shirt, let her know instead of brushing it off. A lot of men will look for any excuse they can find to touch women there, and she won’t know you well enough yet to know better. You’re more likely to get left in the cold than get a kiss or a call back. 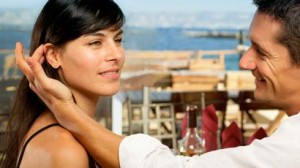 “Messing with her hair can mess her mood”

Even though it doesn’t seem too intimate, her hair is really a really personal part of her body. Women spend a lot of time on their hair and don’t appreciate it when people touch it without asking. Unless she specifically asks you to feel her hair, stay away from it. Not only is the hair a very common erogenous zone, she might have it styled a particular way and not want it messed up. After a while of dating her, she’ll probably loosen up about you touching her hair, but for the first date, stick to complimenting her hair. Patting her on the head or ruffling her hair will make her feel like a child and women hate feeling as if you’re being condescending. You’ll end up offending her without thinking you’ve done anything wrong. In short, just say you like her hair.