The Dating Advisors
asking her to marry you, destroy the relationship, find a new relationship, kiss her passionately, time to break it off 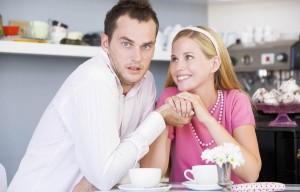 “What is Love? I just know Sex”

A lot of men have hang-ups about the words “I love you”. The word love is just like any other word we might say in the course of dating, but with a personalized importance. The words are probably true for you some of the time, and some of the time they’re not. Despite what women will tell you, it is okay not to be head over heels in love with every girl you get too close to.

Still, it’s really jarring the first time you hear a woman you’re dating say “I love you”. Sometimes it comes out of left field just when you thought it was time to break it off, or when you’ve explicitly negotiated with her that your relationship was just for fun. No matter what the circumstances, you’re going to be caught a little off guard.

It’s important that you do not panic at this point. Panicking will almost certainly destroy the relationship, and there is no reason why the idea that she might love you should ruin a perfectly good regular hookup; don’t let your fear get the better of you. Don’t say something argumentative or let her know that you aren’t as secure in the relationship as she apparently is. 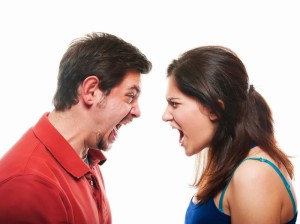 “Being sincere can help you avoid such a situation”

Now that you know what not to do, there are several things you can do to make it move a bit more smoothly. The easiest choice, if you can do it with sincerity, is to say I love you back to her. This does not mean that you’re asking her to marry you, or that you’re never going to look at another woman, or that you’re going to stop having interesting sex. If you think it does, you’re over-thinking it. You have no problem going out with your friends and announcing that you love the Leafs after they score. You’ve probably told your Twitter fans how much you love those nachos at the Mexican place down the street. Can you say you like her, or at least the sex, as much as you like those nachos?
If the answer is no, you need to find a new relationship. But if the answer is yes, then you may as well tell her you love her in return.

She doesn’t need to know that you mean you love her like nachos and not in the way where you’d rescue her from a dragon in a tower. If the words themselves aren’t coming easily, feel free to fall back on “I feel the same way” or possibly “you too, honey”.

Maybe you just can’t quite bring yourself to say it; it happens. No one’s going to judge you. But the only way to salvage the situation at that point is to do something sufficiently romantic that she won’t remember that you didn’t say it is to kiss her passionately or surprise her with tickets to her favorite band. Odds are that you don’t have tickets ready, so nine times out of ten, the only real answer to “I love you” is “I love you too”. Anything else is just setting up an ugly fight and a bitter breakup.

Understanding Boundaries: The Difference Between Being Persistent and Stalking