The Dating Advisors
foot fetishists, have her blushing, Making her happy, more fun in bed 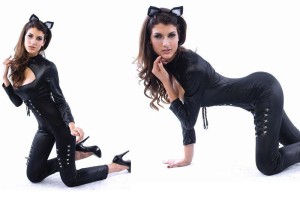 “She is ready to go down on you”

There are some fetishes that seem fun to almost everyone, like a silk blindfold or a pair of handcuffs. There are some fetishes that aren’t popular but are widely acknowledged, like foot fetishists. And then there are the fetishes that seem to exist just to be mocked on the internet, and at the top of this list are furries. Furries are people who like the idea of humanoid animals having sex. This is probably not your cup of tea; if it was, you wouldn’t be reading this article. Just because it’s not your fetish, however, doesn’t mean you shouldn’t be looking to date a furry.

A lot of furries are a little shy because of their preferences. They’ve probably been made fun of before and their self-esteem is probably a little lower; this makes them easy to win over. A little chivalry and a little flirting will go a long way in this crowd. Most women who look to meet men who are open to a fetish like being a furry find either derision or crass assumptions. 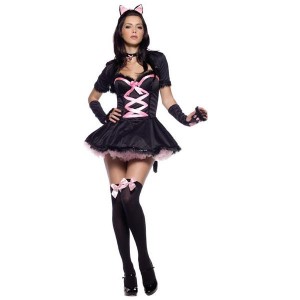 These are girls who want badly to have a guy just like you who’s interesting in fucking them, but won’t make fun of the cat ears she wears to bed. She probably hasn’t had a lot of experience, and the lines that get a roll of the eyes from a more experienced woman will have her blushing like a teenager.

Now I know some guys have a lot of success with negging. Negging is the idea that you should belittle women to their face as a flirting technique. While this will sometimes produce results, many men have found that women who have that self-confidence are a lot more fun in bed, and even in relationships. They’re less likely to get clingy and worry that you’re not paying them enough attention. Even when men are interested in women who don’t think very highly of themselves, they get better results when they talk them up than when I talk them down. A woman who feels sexy is more likely to act sexy, and a woman who acts sexy is a woman you should be with.

Indulge in her Fetish

Keep in mind that indulging her fetish isn’t a one way street. If you’re willing to be GGG – good, giving, and game – then it’s fair to ask the same of her in return. Do you have something you’d like to try in bed but you’re having a hard time finding a woman who’s up for it? Your best bet is to find a woman who’s in the same boat. You don’t have to have the same fetish to be a good fit for each other. You just have to be willing to go along with it while you’re getting laid.

Let’s be honest, kitty ears in bed is a small price to pay for great sex with a partner who knows she has it good with you. Making her happy will result in happy endings for you. And who knows? Maybe you’ll like those kitty ears too.

Understanding Boundaries: The Difference Between Being Persistent and Stalking