Romantic Gifts That Are Old and Tired

The Dating Advisors
a stuffed animal, buying jewelry for a woman, picking a woman up for a night out, taking a woman out

Things change, and with the ever-fluctuating society we live in, it’s a fact of life. Practices become outdated and are replaced with more modern ones, and these constant changes are even more prevalent in how you’re expected to behave as part of the dating scene. There are certain things that have long been considered crucial to taking a woman out and making it a good date that are no longer relevant any more. Gone are the days of having to wait a certain amount of time between dates with the expectation that a gift should be brought each time you take her out. Gifts and cliché sentiments aren’t expected by women like they used to be, and in some cases, women don’t want them; independence is taking over. These are just a few of the romantic gifts and gestures that just aren’t really necessary any more, but there are many more. 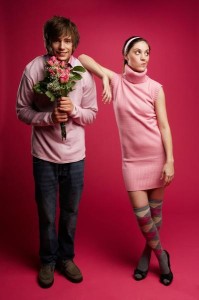 Flowers used to be the thing to bring when picking a woman up for a night out. Recalling old Victorian flower language, there were bequests specifically created with flowers recommended to say this thing or that, and it was imperative to have some for her. This practice now seems to have faded into antiquity, because flowers are rarely given as a date gift. Unless it’s a birthday, anniversary or the like, you should avoid giving her flowers. They’re a transient gift and you never know, she might be allergic. They aren’t necessary anymore, not to mention how difficult it can be sometimes to find fresh flowers in Canada during the winter, besides those that aren’t cheaply bought at a convenience store.

This is another common present to buy a girl on a date, but only if things have moved slightly more towards the serious side. Even during the height of this practice’s popularity, buying jewelry for a woman you just started dating was not only impractical but it often came off as a little weird, making her think you wanted immediate commitment and sending the wrong messages. Jewelry isn’t recommended and isn’t at all necessary unless you’re giving her a ring to promise or propose, or a necklace or bracelet as a nice anniversary present. 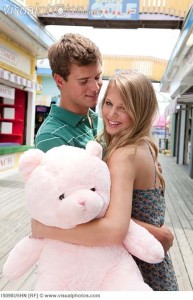 “Teddy bears may not be the perfect gift these days”

This is another impractical and faux-romantic gift that you should avoid unless the woman you’re seeing says that she wants it. Unless she has an extensive collection of plush toys at home, don’t bother getting her one because she probably won’t have anywhere to put it and it will just sit neglected on a closet shelf. Many men used to bring stuffed animals for the women they took out because they were cute and soft (obviously things that all women should love) but now, many women say they wouldn’t like a stuffed animal as a gift at all. In today’s society, practical gifts and small, heartfelt, and very unique presents are preferred by most women. Really getting to know her is important instead of buying a gift you think she might like because a lot of other women do.